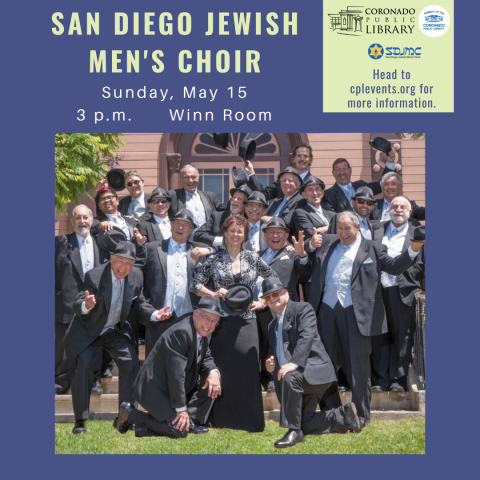 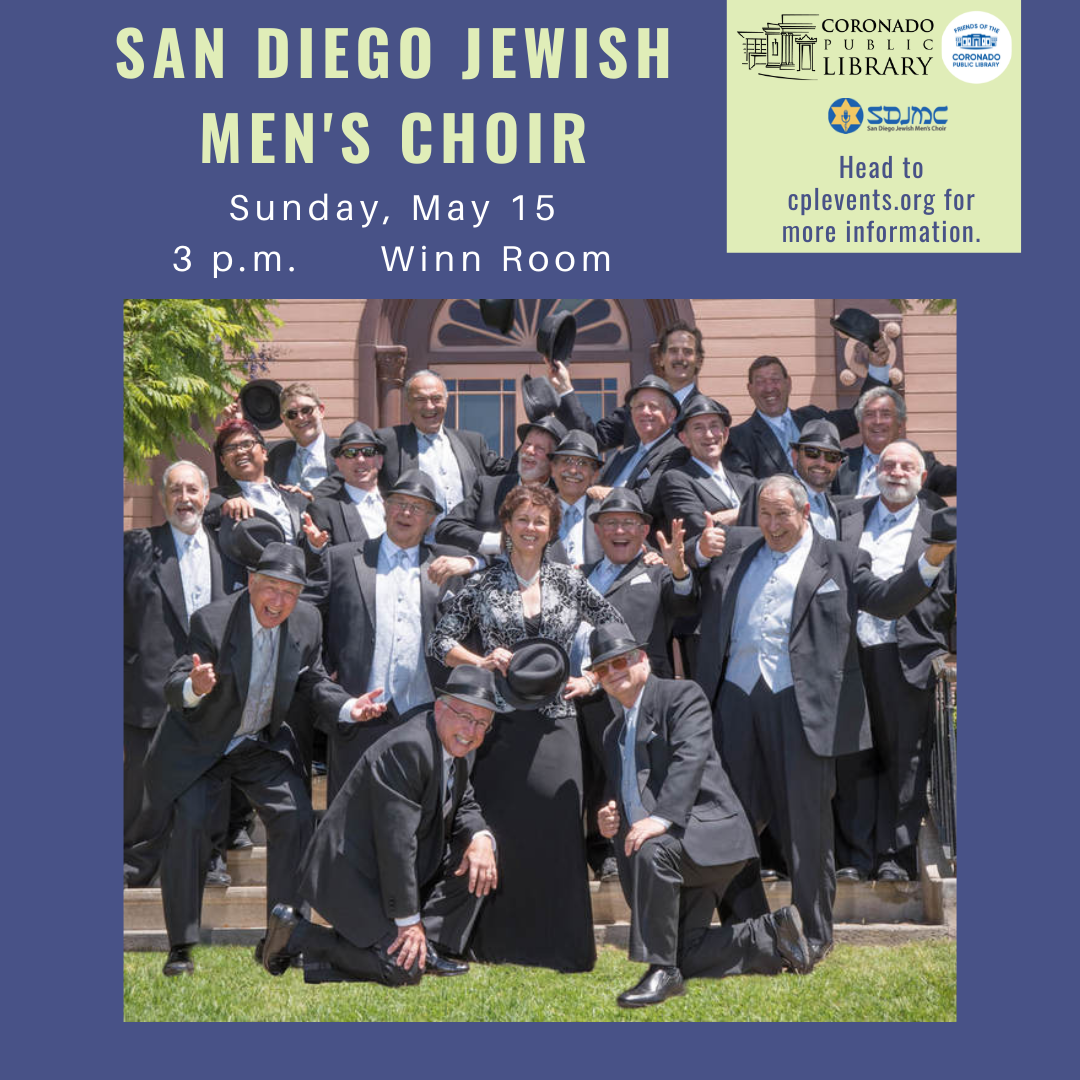 All Ages
Registration for this event is no longer open.

Come spend a fun-filled afternoon with the award-winning and Billboard-charting San Diego Jewish Men's Choir! The group will present an uplifting concert of Jewish music in the Hebrew, Ladino, Yiddish and English languages, including selections from their new album, Legacy.

Register below to receive a reminder email about this event. Registration is not required.

The San Diego Jewish Men's Choir (SDJMC) has been performing for over 16 years. The choir has more than 25 members who share a common goal — the preservation and promotion of Jewish choral music. They fulfill this mission through concerts, recordings, community outreach events, and appearances at festivals. The choir is affiliated with the Center for Jewish Culture and Creativity in Los Angeles, a non-profit organization sharing similar goals.

Under the musical direction of Ruth Weber, the men’s choir performs over 30 concerts a year throughout the Southern California area. They have been featured on the Chabad Telethon, on the documentary Forever Strong, and as backup singers for the Grammy nominated children’s artist Mr. G. They perform music of all styles including liturgical, pop, folk, gospel and musical theater, and sing in Hebrew, English, Yiddish, and Ladino.