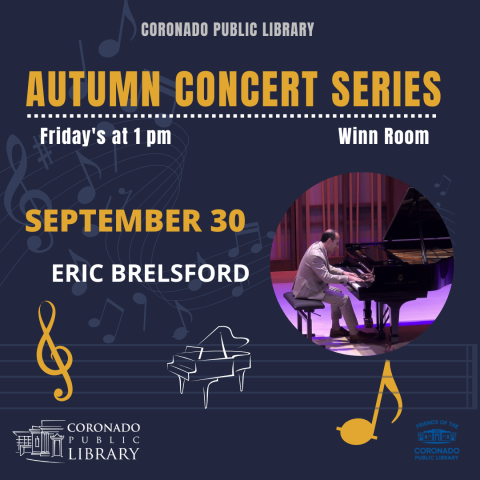 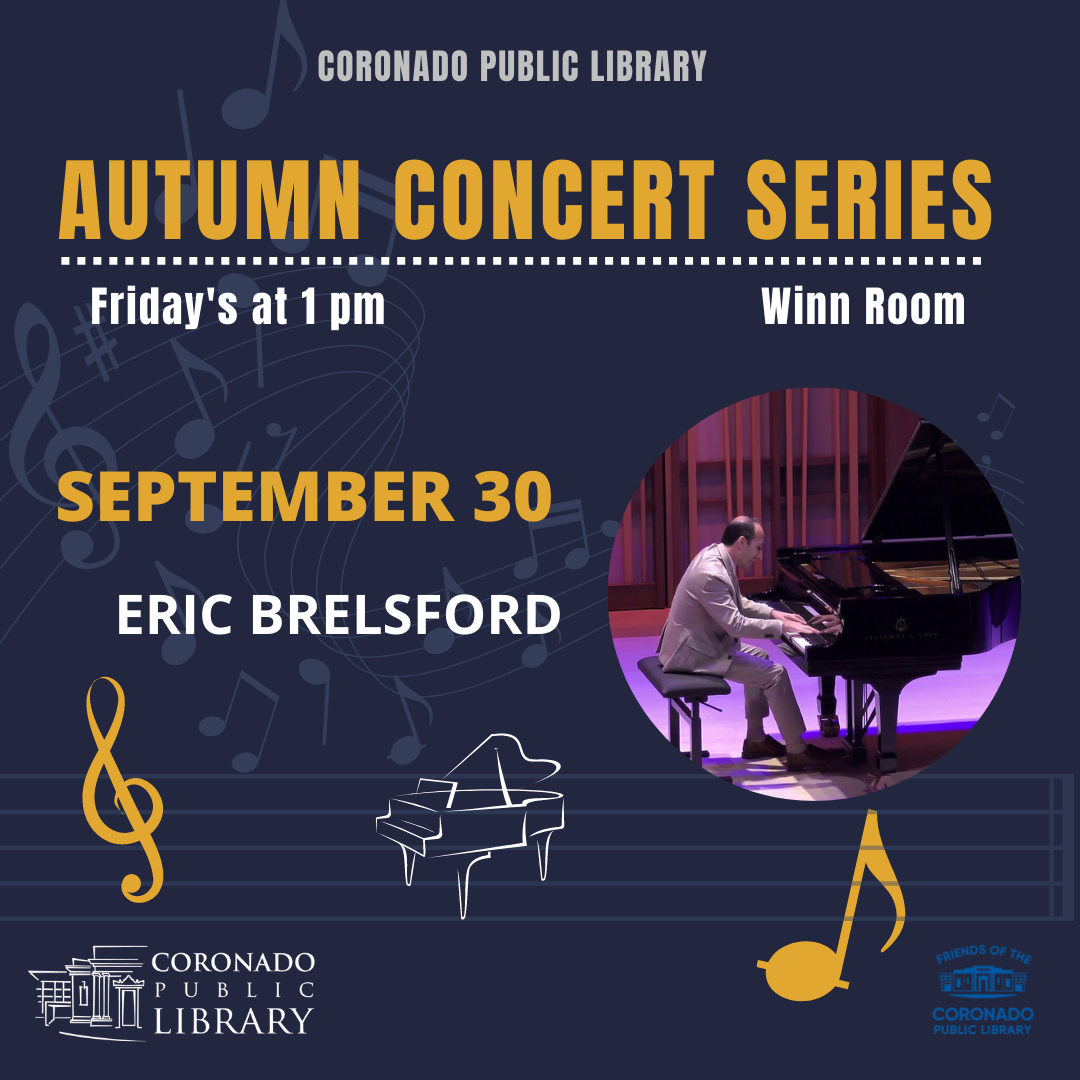 Join the Library for our Autumn Concert Series on Fridays from September 2 to October 28. Each concert will begin at 1 p.m. in the Winn Room. Doors will open 15 minutes prior to the performance.

Eric Brelsford has appeared on concert stages since 10 years of age.  His training in classical performance is extensive and spans the globe.  Eric decided to depart from the concert scene after completing his undergraduate studies at the Cleveland Institute of Music.  Since then, his personal life and musical/artistic journey (being one and the same) have flourished.  Eric's artistic philosophy is: as in music, so in life.  sometimes vice versa.

Eric's arrival on the San Diego recital scene began a few years ago with a foray into various piano "meetup" groups using the 'meetup' app on his smartphone.

From there, he participated and received accolades for his 3 days of performance presentations at the Conrad in La Jolla during the San Diego Int'l Piano Competition for Amateurs (2019).  Eric immediately withdrew from the recital scene again, to consider deeply the next steps of his journey.  He will share the results today with his performance at the Coronado Public Library.