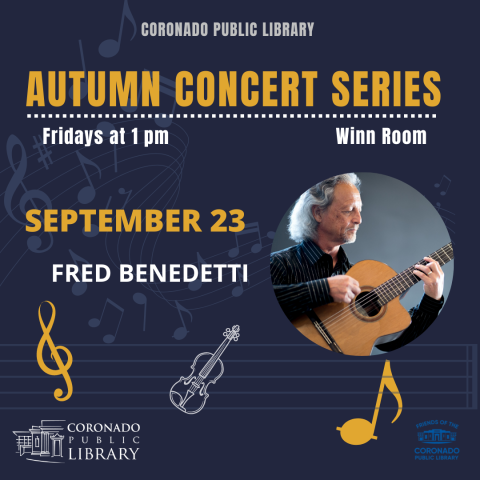 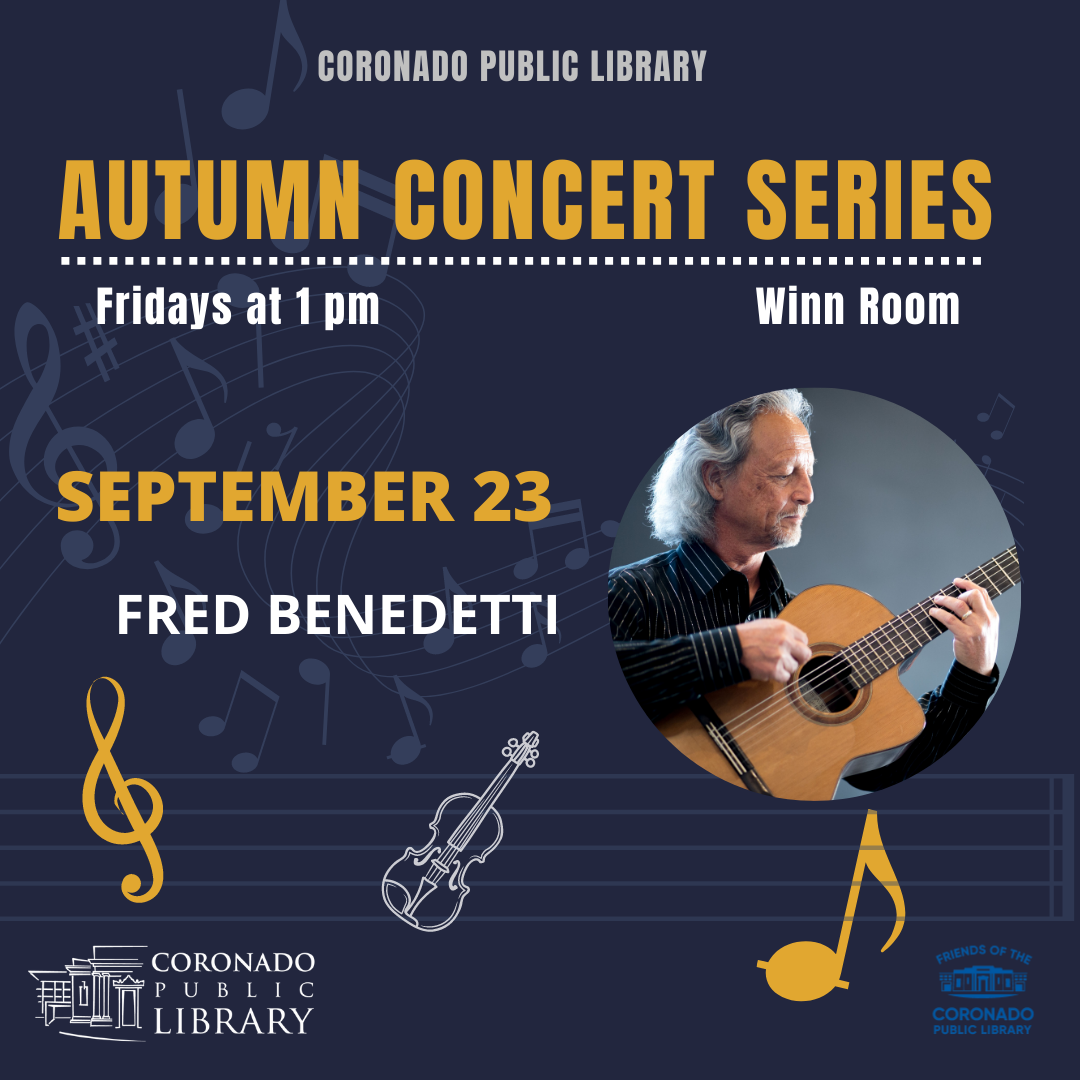 Join the Library for our Autumn Concert Series on Fridays from September 2 to October 28. Each concert will begin at 1 p.m. in the Winn Room. Doors will open 15 minutes prior to the performance. At this week's performance, guitarist Fred Benedetti will perform Spanish classical and flamenco pieces, along with original and popular music, tunes played on an instrument built in 1830, and some ukulele music.

Benedetti has been playing the guitar since he was nine years old. He loves playing all styles of music and switches among a ukulele, baritone guitar, and double-neck guitar. His biggest influences are his father, The Beatles, and Andres Segovia. Benedetti’s guitar has taken him throughout the United States, England, Germany, the Czech Republic, Canada, Taiwan and Mexico. He has played locally as a solo act, as part of a guitar duo, and in a trio with his daughters. Benedetti has appeared onstage with the San Diego Symphony, San Diego Opera, Starlight Opera, American Ballet Company, Luciano Pavarotti, and Dave Brubeck. He is an emeritus professor of music at Grossmont College where he is the head of the guitar studies program. Dignitaries he has performed for include the King and Queen of Malaysia, Mikhail Gorbachev, and Ravi Shankar. And he did get to play for his idol Andres Segovia, in 1986.